(BFM Bourse) – Volkswagen confirmed the IPO of its luxury brand this week, which is expected to take effect later this year. But this important operation comes at a delicate moment from the point of view of market conditions.

Porsche is about to land on the stock market. Its parent company Volkswagen, at the end of a supervisory board held overnight from Monday to Tuesday, confirmed and clarified the plan for a separate listing of the manufacturer of the famous 911.

Porsche would thus be listed in Frankfurt and join the other luxury car groups listed in Ferrari and Aston Martin, which entered the Milan and London stock exchanges respectively in 2016 and 2018.

The largest IPO in Europe since 1999

The operation must both allow the value of the legendary brand to be crystallized, as the market is used to granting more generous multiples to separate activities. For Volkswagen, a Porsche listing will raise funds to finance its transition to electric … and remunerate its shareholders. The group therefore plans to distribute 49% of the gross proceeds of the issue as an exceptional dividend to its holders, subject to the green light of an extraordinary general meeting.

According to sources cited by Bloomberg, Volkswagen has tested the appetite of the market, with renowned investors among the main stakeholders, such as the sovereign wealth fund of Qatar or the founder of Red Bull, Dieter Mateschitz, and the CEO of LVMH. Bernard Arnaud. According to Bloomberg, Porsche could be valued between 60 and 85 billion euros. At the upper end of this range, Porsche’s entry into Frankfurt would be the largest IPO in Europe since 2019, according to Refinitiv.

Porsche’s IPO is mostly taking place at a very bad time. The automotive sector in Europe has been suffering for several weeks. In one month, the Stoxx Europe 600 and Parts industry index lost around 7%, and even dropped 21% since the beginning of January. This drop did not spare Ferrari and Aston Martin, who lost 13.3% and 66% respectively year to date, and neither did Tesla, down nearly 28% over the same period.

“The timing is clearly not ideal for an IPO, 2022, unlike 2021, is not the year of stock market euphoria or IPOs, and the valuation figures circulating on Porsche seem very optimistic to me. despite the quality of the company, “explains an analyst specializing in the automotive sector. “They would certainly have a better chance of hitting that $ 60 billion to $ 85 billion range next year in a likely less risky environment.”

There are many reasons that penalize auto stocks on the stock market, which are cyclical by nature. “You have rising interest rates [qui pèse sur la demande, NDLR]the economic slowdown in China, fears of a recession in the United States next year, in addition to the specific difficulties of the sector, such as the supply of semiconductors and the increase of raw materials “, the analyst develops.

Added to these difficulties are the uncertainties about the gas supply in Germany, after the closure of Nord Stream 1, which raise fears of restrictions or even rationing to which the automotive sector would most likely be exposed. On Monday, Gazprom’s announcement of the closure of the pipeline caused all European car stocks to collapse.

“Timing is not ideal,” Stifel bank abounds. The research office also points out that the expected date for the launch of the IPO is a few days before the regional elections in Lower Saxony on 9 October. “Which could trigger changes in Volkswagen’s supervisory board and thus potentially lead to uncertainty in support for the IPO,” the establishment explains.

Lower Saxony, the German region, is the group’s second largest shareholder with 20% of the voting rights and 11.8% of the capital. However, Stifel believes that the transaction must be completed, despite this deleterious context.

Quoted by Reuters, Porsche’s board chairman Oliver Blume said on Tuesday that his company’s IPO could give a boost to a market that lacks attractive opportunities. “There is a lot of capital in the market. We think Porsche’s IPO could break the ice,” he said.

The leader then took home the point Thursday during an interview with Reuters. “Despite the market conditions, the interest is huge. It is a great success,” he said.

Furthermore, the structure of the transaction, particularly in terms of governance, can raise concerns, Stifel points out. The Piëch family, descendant of Ferdinand Porsche, founder of Volkswagen, will acquire a significant stake in Porsche through its holding company Porsche SE (not to be confused with Porsche AG, the car manufacturer) of up to 25% +1 unit of common stock, i.e. one blocking minority. Please note that Porsche’s capital will be divided half into preferred shares (with increased dividend but without voting rights) and the other half into ordinary shares.

However, Porsche SE owns 31.4% of Volkswagen’s capital and 53.3% of the voting rights. In other words, the Piëch family controls a group that will sell them a large stake in its subsidiary. And Hans Dieter Pötsch joins both the position of Chairman of the Supervisory Board of Volkswagen and that of Chairman of the Board of Management of Porsche SE …

“There may be a risk that Volkswagen will sell Porsche AG at too low a price, which would be bad [l’action] Volkswagen is positive for Porsche SE [également cotée à Francfort, NDLR]In short, Bloomberg’s rumors about the valuation have reassured the bank that it believes that Volkswagen could take full advantage of the operation, in short.

After a long stock market battle that began in 2008, Volkswagen ended up buying Porsche AG 100% after the latter tried to swallow its German competitor. Almost 15 years later, Porsche SE will thus become the largest shareholder of the automotive group it shares the name of …

Get all the information about VOLKSWAGEN in real time: 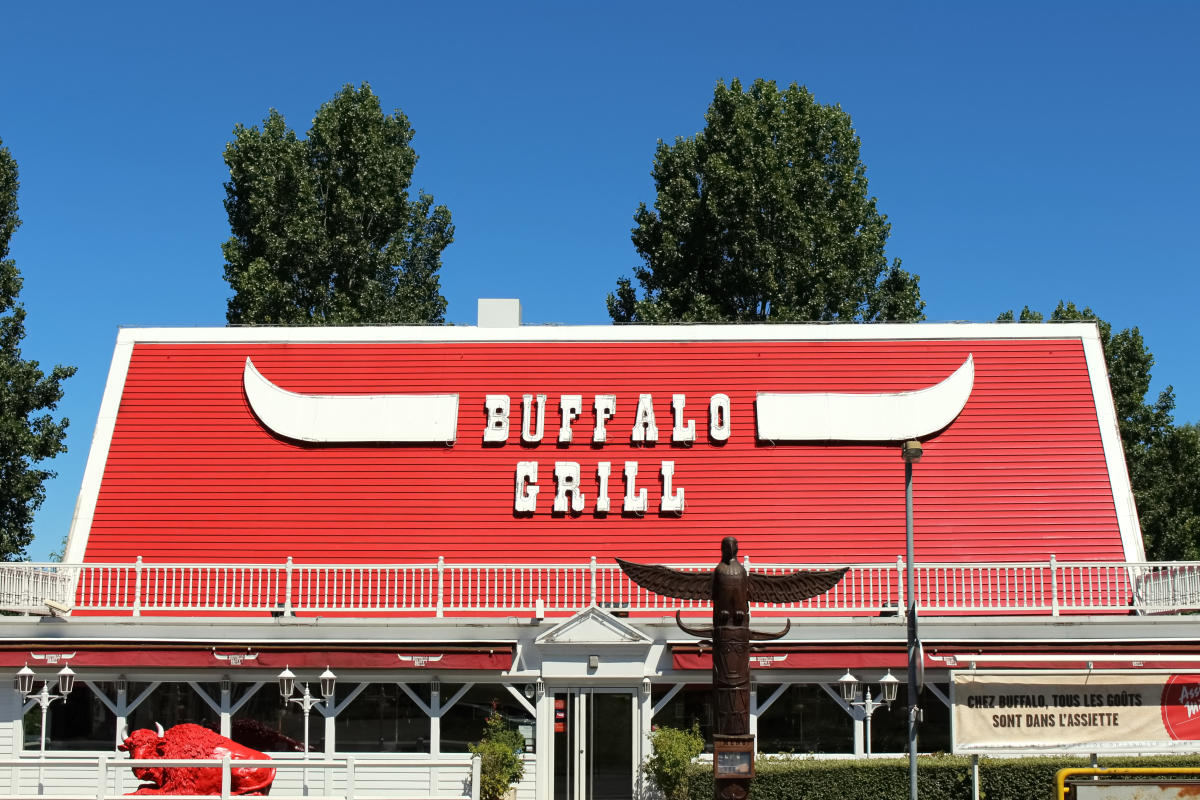 5 things to know about Buffalo Grill 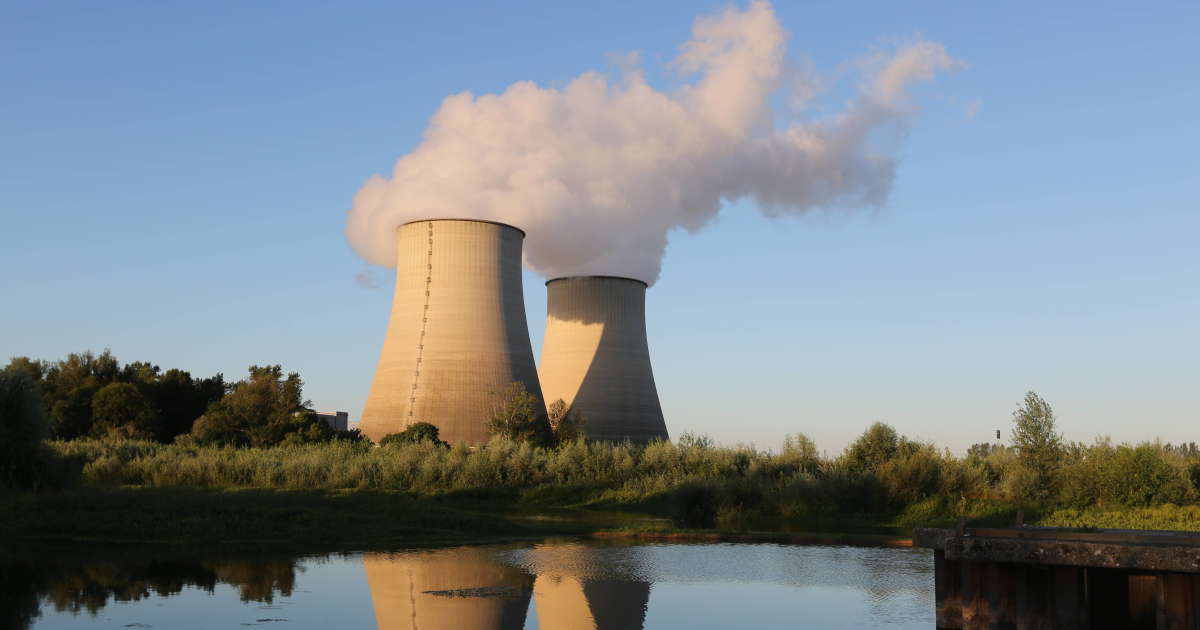 Can EDF stick to its program for restarting nuclear reactors?